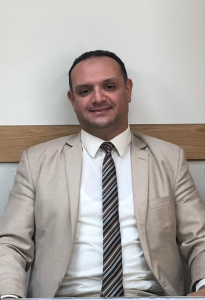 – Received a PhD in Rhetoric and Literary Criticism from the Faculty of Arts, Ain Shams University, 2009 with first honors.

– Received the Dr. Mahdi Allam Award as his first batch in the Department of Arabic Language and Literature, Faculty of Arts, Ain Shams University in 1999.

– The representative of the Syndicate of Religious Singing and Al-Muttahilien, its media spokesperson, and a solo singer in the Arab National Music Ensemble at the Egyptian Opera House.

He has authored a number of studies, critical research and scientific investigations, including: