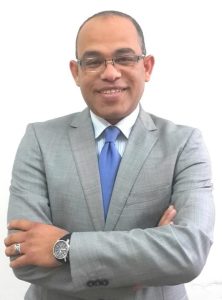 The main interest is focused on the study of cancer-controlling agents and the molecular mechanism to combat the disease.

His research interest is Cancer Genetic/Epigenetic basis of carcinogenesis, genome editing via CRISPR/Cas9, studying the anti-apoptotic genes and its relations with BC progression, investigating the DNA methylation levels controlling carcinogenesis of BC, studying the chromatin remodelling as a main mechanisms leading to cancer using ChIP assays and others. He published 28 articles; most of them is the main field of Cancer Genetics/Epigenetics.

He is the director of Cancer Epigenetics Research Unit (CERU) at MUST (2015-2018), where he leads a research team of postgrad students.

He is currently joined the Institute for Research and Medical Consultations (IRMC), Imam Abdulrahman Bin Faisal University, KSA as a professor of Cancer Epigenetics.

He has a strong background in under- and postgrad education (18 years).

He attended more than 25 international conferences on Epigenetics in many countries including France, Italy, Germany, Hungary, Spain, Canada, SA, Turkey, in addition to workshops held on the same discipline of science during the last 12 years.

He participated in more than 40 seminars and symposia where he was the keynote speaker.

He attended more than 50 WS and symposia in different fields of Genetics/Epigenetics (2008- 2018).

He participated in establishing the undergraduate and postgraduate studies in the college of Biotechnology, MUST, where her became in the year 2014 the Vice Dean for Environmental Affairs, member of the IRB (2013-2018), postgrad committee (2012-2018), and foreign affairs (2017-2018)

He is on the editorial committee in several journals in the field of cancer genetics/epigenetics worldwide.

He became (2017) a consultant of research in Bahia Cancer Centre (the biggest Charity Cancer treatments in the Middle East).

He received Dr. Makram Muhanna for creativity in Scientific Research: Life Science Call (2017). He participated in several BC awareness campaigns in Egypt (2010-2018)