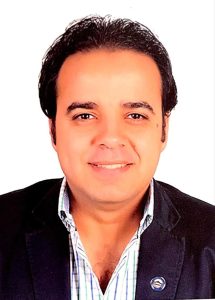 My main research interest is studying the molecular pattern of genetic resources and the gene expression profile related to differentially expressed genes in various biological systems.

Osama Said was born in 1977 as a second child in a normal Egyptian family. He had the opportunity to be influenced by the European culture through his early childhood while his father was doing his abroad study in Germany. This enlightening experience gave him the motivation and passion to look at things differently. So, he has chosen to study Genetics at the Faculty of Agriculture Ain Shams University where he also got his M.Sc. in 2005.  He managed to join the MUST family in September 2005 as a Teaching Assistant. He pursuit his dream of being a remarkable and effective candidate at College of Biotechnology by finishing his PhD study in 2012. He managed to publish several publications through the collaboration with different research groups and was promoted to be an Associate Professor of Molecular Genetics in 2019. Since September 2020 till now he was assigned as the head of the Agricultural Biotechnology department at College of Biotechnology.  His research interest is focused on a broad range of activities related to molecular characterization of Plant or Animal Genetic resources, the understanding of the differential expression of Cancer related genes and its role in cancer progression as well as genome and RNA editing technologies.