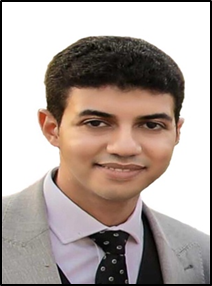 An alumnus of College of Biotechnology,2009

Yasser Morsy is a bioinformatics scientist in the gastroenterology and hepatology department at the university hospital Zurich university(USZ). Yasser is the main bioinformatician in the department responsible for omics data analysis, including genomic variants, RNA sequencing, metagenomics, and metabolomics. Before joining the USZ, he was a lab manager in the National Biolab company with the responsibility to establish the molecular biology laboratory for services and kits production. Yasser also has experience in teaching several courses in undergraduate and postgraduate programs in different universities, including Misr University for Science and Technology and Ain Shams universities.

After his graduation in 2009, he joined the agriculture genetic engineering research institute (AGERI) as a research assistant. In 2013 he was hired by the National Biolab Company to establish a molecular biology laboratory aiming to serve as a bench for scientists and also to analyze samples for customers. As a part of the time, he joined Misr University for Science and Technology (MUST) to teach many undergraduate and postgraduate courses. Besides, he was invited as an instructor to many organizations for workshops in molecular biology and Bioinformatics. In 2017 he moved to Zurich and accomplished his internship in ETH and then joined USZ.