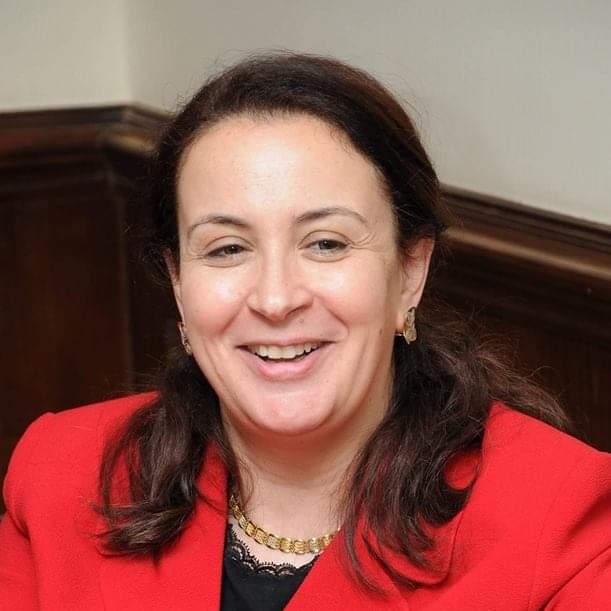 and the former Dean of the Faculty of Nanotechnology, Cairo University, was rewarded as “the Most Influential Female Figure” for the year 2021. This award was for the categories of university and media figures, as a part of an annual poll for “Eve” magazine. Prof. Abu Shadi was rewarded for the knowledge she provided. She obtained a doctorate degree in Nuclear Physics from Cairo University after being academically arbitrated at both Heidelberg University and Tübingen University in Germany. She is a professor of Nuclear Physics in the Department of Physics, at Cairo University. Prof. Abu Shadi accomplished scientific missions in European countries; in addition, she established the first network for peaceful nuclear applications. She still works in the scientific field; she also held the position of the first member of the Advisory Council for Education and Scientific Research of the Presidency of the Republic. Prof. Abu Shadi was the first dean of the College of Nanotechnology.